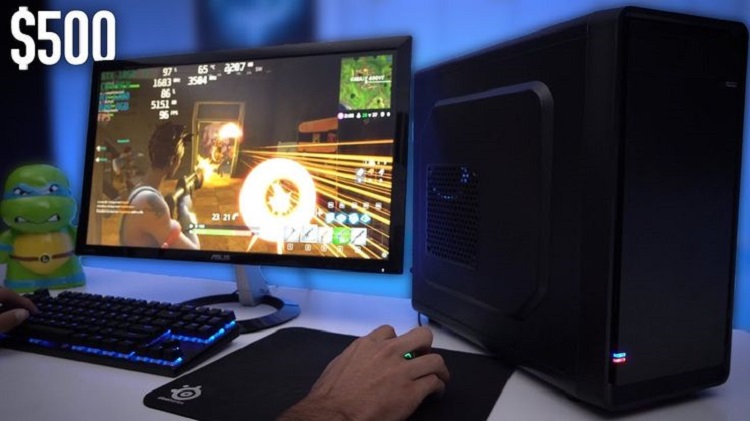 With the current advancement in the computer gaming industry, more and more people are contemplating on what are the best specifications to include in their gaming PC. After all, in a world were graphics and speed really matters, who wouldn’t want to own the best gaming PC there is.

Speed
Current computer games have placed a great demand on the computer’s hardware. These computer games demand too much as too requiring a fast central processing unit (CPU) in order to function. Initially CPU manufacturers relied on increasing clock rate to improve the performance of their processors. By the year 2005, manufacturers have begun to adapt multi-core CPU technology, which allows the computer to process multiple tasks simultaneously. This allows the computer to use more complex graphics, artificial intelligence, and in-game physics which are core elements in modern computer games.

Graphics
Many 3D computer games also demand more on a powerful graphics processing unit (GPU) which is responsible for accelerating the process of drawing complex scenes in real time instances. These GPU’s can be integrated on the computer’s motherboard or come packaged with a discrete graphics card. Some modern computer games require physics processing units (PPU), which accelerates physics simulations in modern computer games. These PPUs allows the PC to process more complex interactions among objects which can’t be accommodated by the CPU.

Sound cards are also vital in a pre-dominantly 3D computer games. This hardware provides for improved and enhanced 3D audio of the game.

The main advantage of this school of thought is that users are assured that they will be enjoying the fastest and best quality (in terms of graphics and speed) experience for their computer games. They can easily play graphically demanding computer games at higher resolutions without a problem.

The main disadvantage of the “Best in the Market” School of Thought is more on the financial aspect. In order to achieve such a gaming computer with the best components in its specifications could shave out thousands, or even tens of thousands, from your budget. If you want the Best then be prepared to pay the price, of course, big guns cost a lot you know.

If you still want to pursue this school of thought and you have the budget to afford such a price then you can visit several websites to check on the best computer components in the market.

The main advantage of this school of thought is that it is able to address your gaming computer needs with the less amount of money to shell-out for it. Gaming computers constructed with this in mind may not be the best or fastest there is in the market or in the world, but it is one which is easy on the user’s pocket while delivering the needed specifications to be able to function when playing modern computer games.

If you want to follow this school of thought in constructing the best gaming computer for your needs, here are some hints and questions that you must keep in mind:

Functionality
1. What will I used my computer for?
2. Will I use my computer solely for gaming?
3. Or will I also use for other purpose: such as listening to music, editing pictures, watching movies, chatting with buddies, or surfing the Internet?

Practicality
4. Do I really need that much power?
5. Is 50MHz really worth having?

Ask yourself if you really need those extra MHz or MB that a high-end computer component can provide you. For example, it is great to have a Quad-SLI machine with four nVidia 8800 Ultras powered by a Quad Core Extreme Processor. But do you really need that much power if you just want to play The Sims 2, which can adequate run on a low-cost GeForce graphics card?

For people who are advocating this school of thought, they always believe that “the hardware you are buying today might be outdated tomorrow, so why buy expensive one when it will be outdated after a few months?”

In the end, if you want to follow this school of thought always remember to ask the ultimate question:Is it worth it?